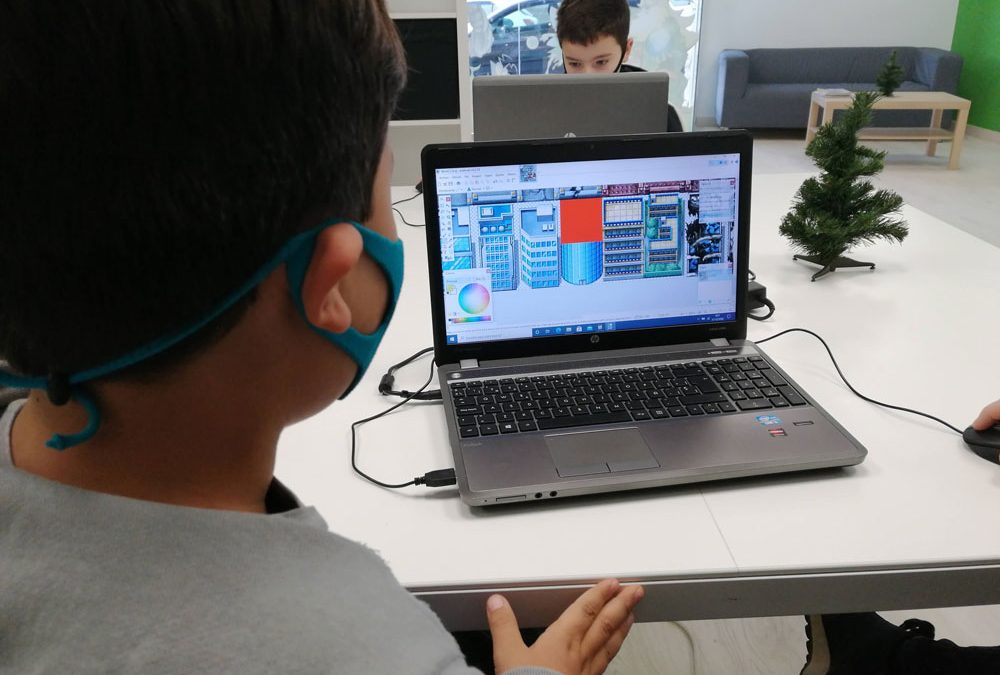 Every day there are more children who dream of creating their own video game, which is not a surprise if we take into account that video games are already the first choice of entertainment. Luckily, every day it is easier and more accessible to learn to program video games, since there are many platforms to enter this world that can be adapted to different ages and levels of knowledge.

Many children and adolescents have their first contact with creating games thanks to Scratch, the popular visual programming environment created by the MIT. But, as we have already talked about this program on several occasions and recently recommended it as one of the 5 tools to teach children how to code, this time we will focus on other video game programming environments.

RPGMaker is a program which allows us to create role-playing games in 2D without the need for programming. If you visit the official RPGMaker website, you will immediately notice what kind of games we are talking about, where the main characters are the maps, the characters and their dialogues and interactions, such as a battle.

The program environment is visually appealing and easy to learn, so you don’t need any prior knowledge to start experimenting and creating your first stories. The coding camp “Game Creation with RPGMaker” is really fun especially for children between 9 and 11 years old, who at the end of the week will be able to play their first video game and share their project with the rest of their classmates so that they can all see the different stories they have created.

Stencyl is a free video game creation platform with which we can create 2D games for computers, mobiles and web pages. Its interface is similar to Scratch, since it uses the same system of visual blocks that can be dragged and placed wherever we want, but it also allows users to write code to create other blocks and other types of interactions.

More than half a million people have used this video game development platform to make their own projects and even publish them in stores such as the App Store, Google Play or platforms such as Steam. “Video games with Stencyl” is a coding camp recommended especially for children from 12 years old, who throughout the week will learn to develop and publish their first video games using this program.

Roblox is an online multiplayer platform that allows users to create their own virtual worlds, an option that has already been used by more than five million creators. The platform uses its own programming language, which is a variation of Lua. We could say that Roblox follows a path similar to Minecraft, since the options offered by the platform make it more than a game and allow its users to be much more than video game consumers.

The “Roblox Coding” course is also recommended for children who are at least 11 or 12 years old. They will learn the basics of Lua and also they will start using variables, loops and conditions, they will program simple games and, ultimately, they will get the most out of a platform that many of them already enjoy playing daily.

Unity is one of the most important video game development platforms nowadays and is a good tool to start programming video games. The platform makes it possible to create 2D and 3D games through an intuitive and easy-to-learn interface. Unity is often related to independent video games, but it has also been used to create popular video games such as Pokémon Go, Super Mario Run or Hollow Knight, three examples of video games which have been designed for different platforms. If we take a look at the latest news, the mobile version of Crash Bandicoot (Crash Bandicoot: On the Run!, published by King) has been developed with Unity.

Adolescents especially enjoy our coding camps on Unity, both the 2D video games creation camp and the “3D video games with Unity” course, which also has a second level to expand knowledge and create projects both through visual scripting and using C / C #.

Another of the most used video game development platforms is Unreal Engine, created by Epic Games. While Unity has usually been used to create mobile games, although they have developed many more games for other devices, Unreal Engines is more commonly used to develop games for consoles such as Play Station 4, Xbox one or Nintendo Switch.

Also for teenagers, “3D Video games with Unreal Engine” coding camps (levels 1 and 2) are a good opportunity to take the first steps on this platform, see how its interface works, understand the physics of games and create new projects from scratch.