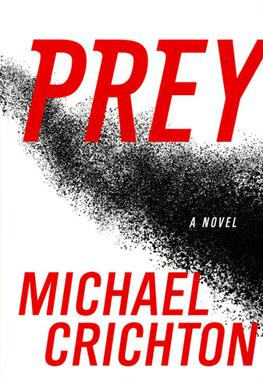 Prey is a science fiction novel set in the current period and our world today. Its main character, Jack Forman, is an expert programmer specialised in Artificial Intelligence. In particular, Jack’s speciality is programming intelligences which replicate the behaviour of living beings. However, Jack has recently lost his job and has been forced to stay at home assuming his role of being a parent, while his wife Julia, who also works in the IT field, is now fully in charge of the family economy.

Julia has been acting differently during the last weeks due to her difficulties at the company where she works and her relationship with Jack has become very tense. In addition to that, Jack is really worried about one of his sons, as he seems to be affected by a rare disease.

At that time, Jack receives an interesting job offer to work as an external consultant for the same company where Julia works. While he is thinking about accepting the offer or not, Julia has a road accident and Jack is forced to accept the job in order to sustain the family… And try to discover what was affecting so much his wife during the last days.

Once he arrives at the company, Jack discovers how it has created an innovative technology based on nanobots: autonomous and microscopic robots which can replicate themselves and which are controlled by an artificial intelligence. Those nanobots have enough potential to revolutionize our world… Or to take it down.

Why to read Prey

Michael Crichton is an author specially known for his ability to take the last scientific advances and show us the terrible potential they have in case they fall into the wrong hands or someone makes the wrong decisions. Although we can’t compare this novel to Jurassic Park or Timeline, other stories from this author, Prey is entertaining enough so people invest time in reading it.

This novel has a strong and interesting scientific basis, which is explained in an attractive and pleasant manner that makes it easy to read. The style of writing is simple and the argument is exciting enough to get attached to the story and end up reading the book quickly.

Prey also presents a recurrent topic in Crichton novels: how corporate decisions, that seek to maximise benefits above all and everyone, ends in disaster when the situation involves dangerous technologies. This idea is interesting because it is really easy to imagine real world situations and present-day technologies that could end terribly wrong if they fell in the wrong hands (or in some companies hands).