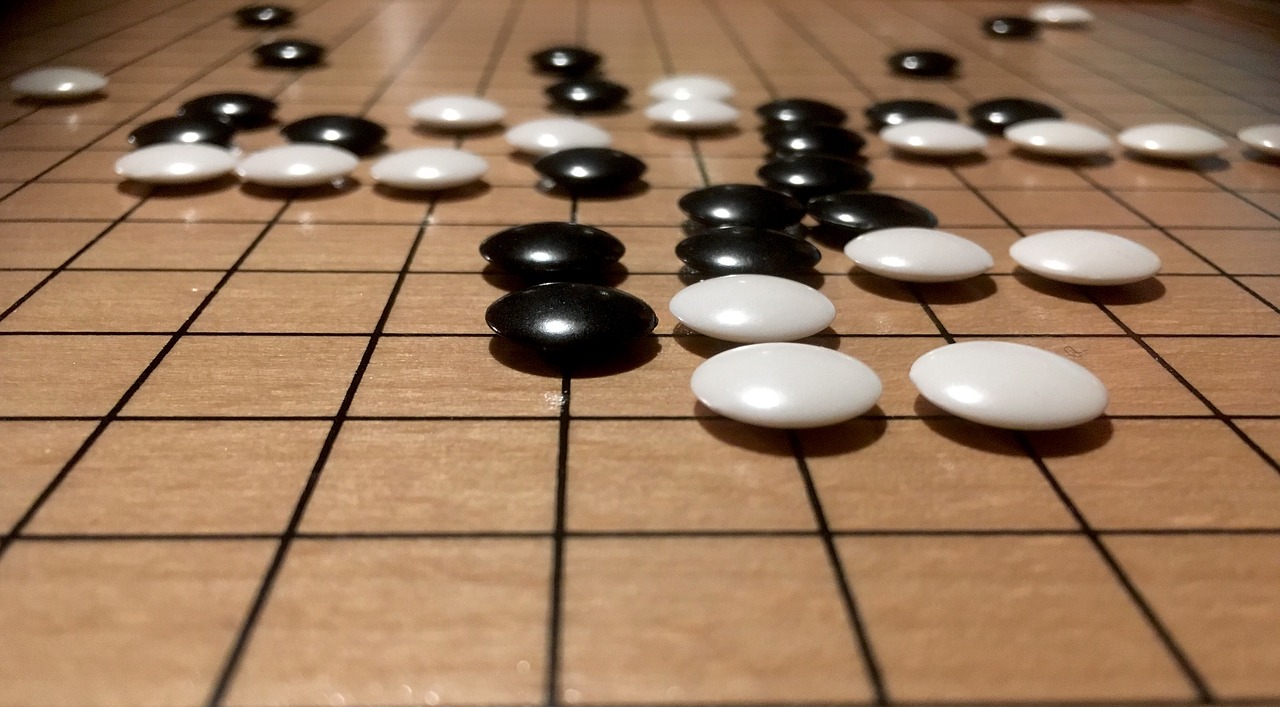 This year’s Summer League is about Go, an ancient game that has its origins in China, it became really popular in Japan and the rest of Asian countries and it is considered the equivalent of chess in the East. It is a very useful game to work on our computational thinking and it is played using a board of 19×19 lines, which generate 361 intersections to place the pieces, but it is recommended to start practicing using smaller boards, such as 9×9 or 13×13.

Although it follows very simple rules, Go is a game that requires a lot of strategy and the large number of possible variations in a single game makes programming a machine or an artificial intelligence to play against much more difficult than it happens with chess and other games. Most programs were created to use 9×9 boards, which require a simpler algorithm, but in recent years new programs have been developed and they are capable of playing against humans using the professional 19×19 board.

Just like chess, the game is designed for two players. One of them plays with white pieces and the other one with black ones. The game progresses in turns (the black player always makes de first move) and for each turn every player can place one of his pieces in any empty intersection on the board. The objective is to surround as many intersections as possible, that is, to control the largest part of the board – each intersection that we have under control gives us one point. To take this control players have to place their pieces together, so that they can protect each other, since if we place them far apart we run the risk of being surrounded by the pieces of the opposite colour – and when a piece is left totally surrounded by those of the opponent, it is captured and removed from the game.

Obviously, if we always play by placing the pieces on the sides it is more difficult for the rival to surround our pieces, but this way we can only control small parts of the board, while in the centre we can control larger areas. And here is where logic and strategy must be applied, deciding whether it is better to attack or to defend our pieces in the short term and thinking about movements that can help us gain territory in the long term. All our decisions will affect the game and at the same time they will be affected by all previous decisions of both players, even if we are talking about movements made at the other side of the board.

As you may have seen, Go is a game that leaves no room for chance and it is based purely on the movements we can observe on the board, as it also happens in chess. The difficulty lies above all in the number of possible movements, which is very high, especially when playing with a professional board. The game rules are quite simple but it is important to know them and also to know the list of terms and different states in which a group of pieces can be considered to be. Only then can we correctly add the points at the end of the game and know who is the winner.

Once the game is over, it is time to set the scores. According to Japanese standards, the sum of the number of points surrounded (remember that one point is added for each intersection within the controlled zone) and the number of opponent’s pieces that have been captured set the player’s total score. To these points, the white player has to add an additional point because the black player has started the game. The player with the highest number of points wins the Go game.

We hope you enjoy this new activity!