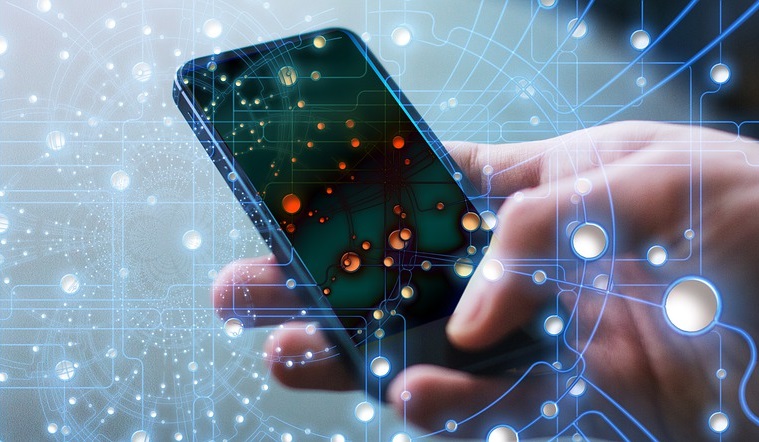 One month after having celebrated the special week of supercomputing, today begins the second theme week of the year. These days our centers will work on a new specific theme and on this occasion students will be able to learn more about mobile communication and its evolution from its origins to the present.

What is mobile communication?

A walk through history

The first call from a mobile phone took place on April 3, 1973. It was made by Martin Cooper, corporate director at Motorola, from a New York street. He called his biggest competitor, Joel Engel from AT&T Bell Labs, and the phone he used was huge and had a very different design than the models currently on the market.

As for the first mobile communication network, it was launched in Japan in 1979; two years later, in 1981, the Nordic Mobile Telephone network (NMT) was launched in Denmark, Finland, Norway and Sweden. This system could be only used for voice communication, was analog and was part of the so-called First Generation. It is true that before this generation there were already radios to listen to music and landline phones, but mobile communication took a little longer to be available for everyone: although years ago there were also radios, satellites, GPS and even mobile phones, they were mostly military or scientific use.

Since the first generation, there have been many changes, key moments and different players that have revolutionized the market, such as the Finnish company Nokia, which created the first NMT mobile phones and launched devices as popular as the Nokia 3310, a mobile phone that at the time was a real surprise due to its dimensions, its functionalities and its resistance to bumps and drops.

We currently have the fifth generation of wireless communication technologies and standards (5G), the Internet used by devices such as mobile phones to allow connection to the network anywhere, which is an evolution of 4G / LTE. The idea behind this technology is to allow us to make phone calls, write messages as we have done until now and, above all, surf the Internet at a much higher speed; all this while allowing more devices to be connected at the same time. In the same way that there was a jump in connection speed in our homes years ago, when we went from ADSL to Optical Fiber, the jump from 4G to 5G considerably improves the speed of mobile connections.