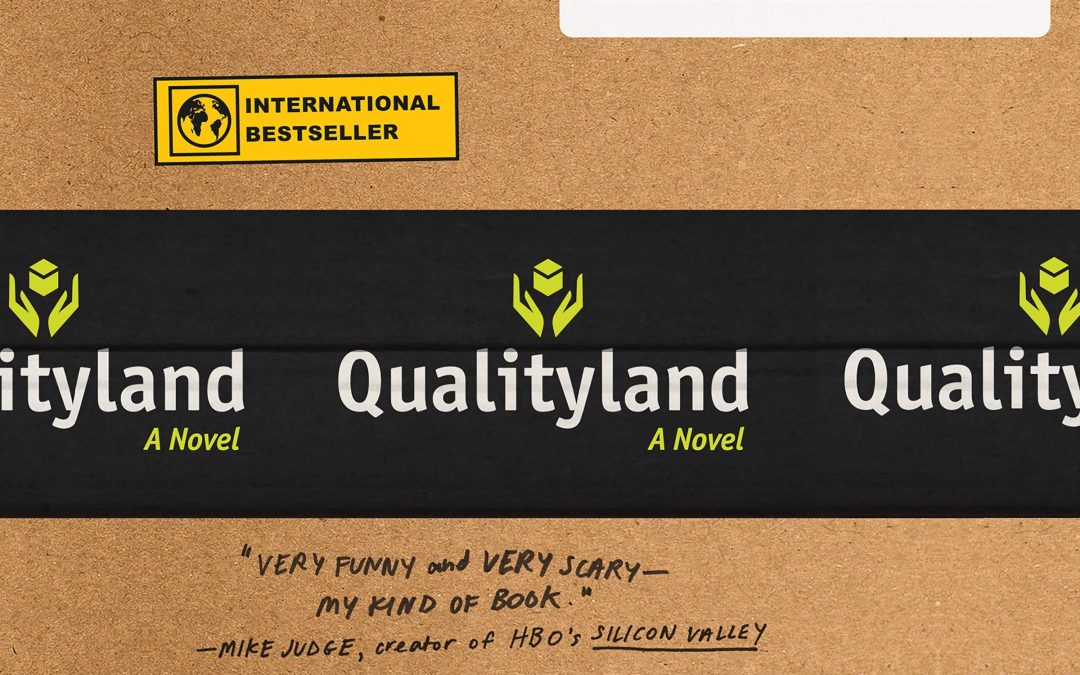 When your smart assistant is the one who helps you deciding everything, including which political party you should vote for, is it just a suggestion or is it a new system based on impositions? What happens if you don’t agree with your employment situation, the relationship that QualityPartner has assigned to you, or you don’t want the last products that TheShop has sent you? Peter Jobless, who has such a low level that he is considered “Useless”, is the main character of a futuristic novel full of satire that helps us laughing at ourselves while criticizing many aspects about the system we live in.

The future that Marc-Uwe Kling describes in his novel “QualityLand” is surprisingly easy to imagine and throughout its reading we will doubt several times about the type of book we have in our hands due to the large dose of realism that we can find in this science fiction novel. QualityLand could be compared to “1984” (George Orwell) or “Brave New World” (Aldous Huxley) and is very critical about many aspects (political, economic, social…) which we recommend for both young people and adults.

Thus, in QualityLand robots take up many jobs that were previously carried out by people, which means that there are people who live very well and people who are totally against the new work organization and would destroy any robot. In this context, we will not only see how relationships between humans and robots are like in QualityLand, but we will also know John Of Us, an android which is a candidate for the presidency of the next elections and which is ready to improve the world while raising issues so discussed nowadays such as the proposal of a basic income for citizens.

The “personality” of John Of Us as opposed to his rival (the leader of the opposition, a human with a very high level) and the “imperfections” and the sympathy of different robots that join Peter Jobless in his crusade against the system will get the reader to sympathize with both QualityLand machines and people described as “Useless“, who are prevented by the system itself from ascending and reaching higher levels, thus perpetuating the wheel using algorithms, since the system evaluates and scores people based on themselves and only shows them certain news or advertising, specific job offers or a couple of the same level, while allowing them to ignore the rest of the things that happen in QualityLand and creating a bubble around them.

QualityLand will make the reader consider many things of their day to day while reading the novel and, despite the clear intrinsic criticism in its sarcastic tone, it leaves a lot of freedom for each one to build their own opinion about a hypothetical future that shows how technology, in the hands of certain people, companies or institutions, could achieve full control of a population that could be kept out of their own decisions and could end up acting as if they were simple puppets. Kling doesn’t portray technology as evil –he even shows us a group of robots which are much more “human” than QualityLand’s humans– but warns us of the dangers of losing control over it.