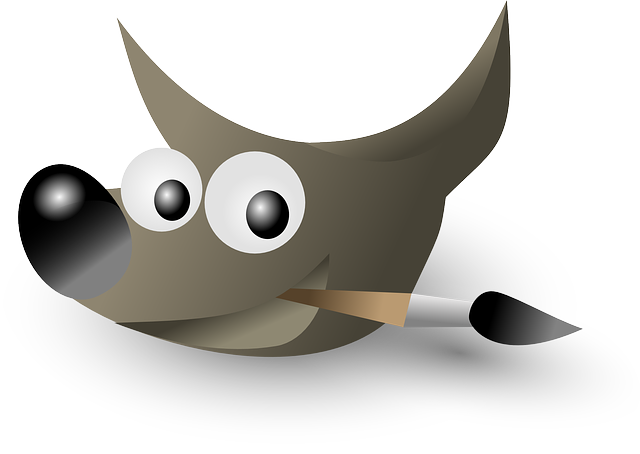 Free software is that which respects four essential freedoms for users, according to the definition of the term published by the Free Software Foundation and written by Richard Stallman, one of its founders: the freedom to run the program for any purpose, the freedom to study this program and adapt it to the user’s needs, the freedom to redistribute copies and the freedom to modify this software and redistribute modified copies so that everybody can benefit from these changes.

LibreOffice, for example, is a free office suite that is an alternative to other similar paid options, such as Microsoft Office. Today we are giving you 10 more recommendations of free software that will help you to do many different tasks.

GIMP is a free image editor which is available for GNU/Linux, macOS, Microsoft Windows and many other operating systems. Since the beginning of its development in 1995, the program has evolved a lot and every time it has more powerful tools and accepts more formats ─ it currently reads and writes most image formats and other file types such as Photoshop PSDs. GIMP allows working with layers, which helps to modify different objects and elements independently.

Avidemux is a free video editor which is available for Linux, MacOs and Microsoft Windows. It is very easy to learn to use and allows to perform simple tasks: cut and join video sequences, apply filters or effects and encode. It supports the most used video formats, so in general we will not have problems when using our own files, and it is a good tool for making simple video edits, for example when we have to make work presentations or want to edit short audiovisual clips.

Audacity is free software which allows to record and edit audio files. It’s available for Linux, macOs and Microsoft Windows and has a very simple and intuitive interface (in addition, tutorials in many languages are available on its website). At the same time, it can be used for advanced level editing. Since its publication in 2000, Audacity has never stopped being updated: today it reads and writes the most popular audio formats and has become a program used by millions of users worldwide.

Blender is a free 3D modeling program which is available for many operating systems, including Microsoft Windows, macOS and Linux. It not only allows to create three-dimensional and virtual objects, but also includes animation tools so that we can create cinematic scenes, audio and video editing tools and interactive features for video games. All this makes it a very complete software to create animations.

Godot is a cross-platform video game engine which is available for Microsoft Windows, Android, Linux, macOS and has a web editor. It is a relatively new program (it was released in 2014), but it has received many contributions over the years, and Godot 4.0 Beta is already available. Godot users can create 3D and 2D video games using its animation system and all these games can be exported for PC (different systems), mobile (Android and iOS) and websites.

VLC is a media player available which can play virtually any audio or video format, as well as other types of complementary files such as files with subtitles and other types of text files. It also has streaming capability and other useful features such as screen recording or video conversion to different formats. Faced with alternatives that sometimes require downloading external codec packs to play some video formats, VLC is a reliable option to work with any format.

7-Zip is a free program that is used to compress and archive files of all types. It is available in different languages for Microsoft Windows, Linux and MacOs and its default format is .7z, but it is capable of compressing and decompressing other compression formats, such as .zip or .tar, among others. It can also decompress folders compressed with other programs in formats it does not use, such as the well-known .rar, .iso and a long list of file types.

We have to remember more and more passwords (for security reasons it is better to use a different password for each email account, social network accounts and other websites) and KeePass is a program which helps us manage them safely. It creates a database where usernames, passwords and other fields can be stored, and this entire list of stored data can only be opened with a master key. In addition, it has other options to add additional security, such as two-step authentication, desktop safe mode or additional tools that can be added with many plugins.

9. Management of e-book libraries with Calibre

If you are a person who prefers e-books and has a large digital library, you need to use Calibre, an e-book manager which allows to catalog and sort them in its database based on of the fields title, author, date, edition, number of pages, classification, among others. In addition, each book also has a comment field so that you can add your impressions about the book and a tag system to classify them as you wish. The program allows to convert files into different formats, so if you have notes that cannot be read in your e-book, you can convert the file into a readable format.

10. Management of bibliographic references with Zotero

Zotero is a very useful program for managing bibliographic references, something that can be very difficult when you are using many sources or in case you are someone who works in research. It allows to collect information and add it to a database, organize it and easily create references and citations to integrate into articles and papers, with useful features for working individually and in groups. It is available for the major operating systems and has a web version so that you can access it at any time.