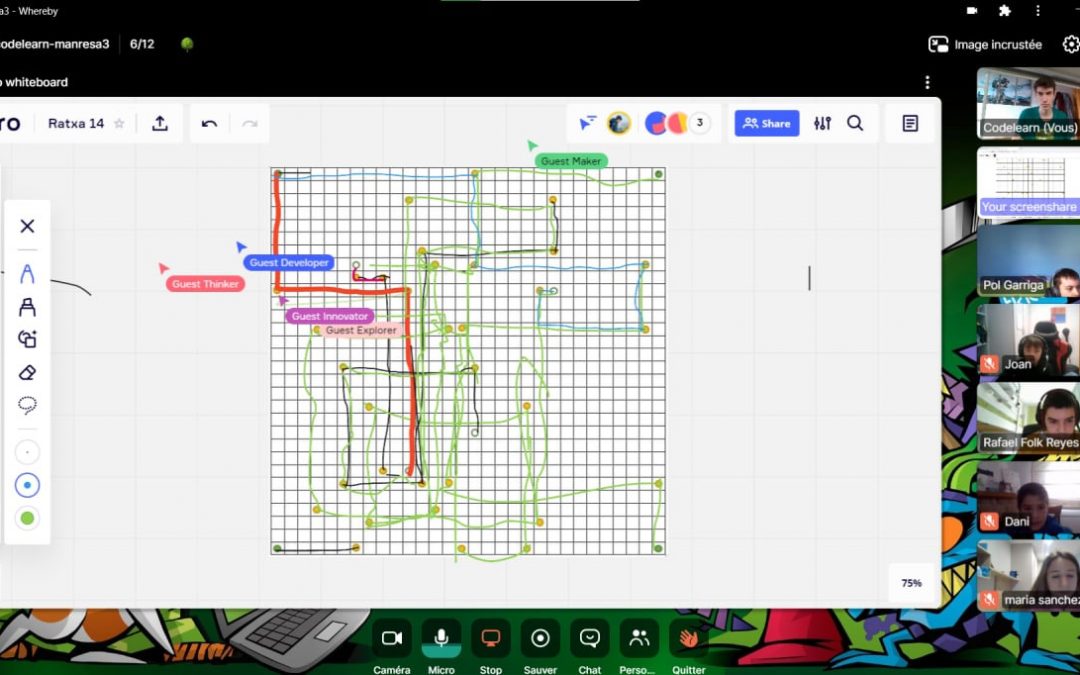 The second Schrödinger activity of the Codeathlon Winter Edition took place on Saturday. This online activity was also the final challenge of the competition and allowed us to finally know the winners of the current edition. More than 170 students took part of the activity and discovered the end of the story about the expedition to Venus.

Throughout the morning, the participating clans logged into their assigned video conference rooms to continue the adventure of the first Schrödinger activity. The mysterious death of one of the expedition members set the final chapters of the story. After overcoming different challenges depending on the chosen path, our students had to find out how this murder had occurred.

Problems of logical thinking, gears, electrical circuits, arithmetic… Once again, the Codeathlon put together all the necessary ingredients to organize an activity in which computational thinking could be worked on. Although the current edition was marked by the impossibility of doing on-site activities, everybody kept the spirit of the competition. In addition, the two Schrödinger activities have made it possible for many more students to participate in the special days of the Codeathlon from different points of the globe.

Here is the list of the winning clans and the prizes they have won:

Congratulations to all the participants! Remember to keep working on your coding skills regularly… Codeathlon Summer Edition is coming soon!