“La Serreta” and “the pros program” become the winners of the first Schrödinger activity. 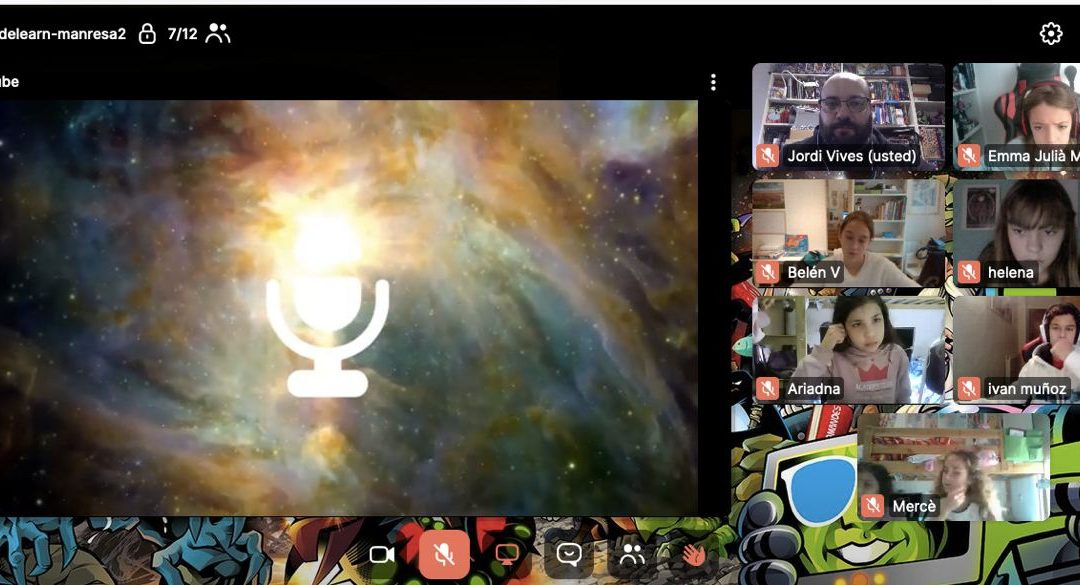 The first Schrödinger activity of the Codeathlon Winter Edition 2020 took place on Saturday. In order to adapt our coding league to the current situation and respect all security measures against COVID19, the Codeathlon organizing team worked for several weeks to create an online STEAM activity, into which 128 students were enrolled.

The participating teams entered a videoconferencing room according to the schedule previously assigned. Once they were in their virtual rooms, Codelearn teachers provided them with a link to access the activity website, which turned out to be a mix between a room escape, a role-playing game and a choose your adventure game. A voice message from the Artificial Intelligence of the Centennial Canary welcomed our students, who after that message could already guess that their adventure would take place in space.

«Phosphine on Venus. Is it possible to inhabit the planet?» was the headline starting the story of a group of scientists and their expedition to Venus to discover on the ground whether it would be possible for humans to live there or not. The arrival of the expedition to Venus is full of setbacks, the first of which is the impossibility of entering the Space Station. From that moment, the participating clans became part of the group of scientists and had to start making decisions that would lead them to overcome different challenges depending on their choices. These challenges were exercises including mathematics, logical thinking, basic programming ideas and other skills.

Finally, the clans “La Serreta” and “los pros program” where the fastest ones finishing all their exercises and reaching the end of the story. The next special day for the Codeathlon Winter Edition 2020 will take place on February 27 and it will also be the final challenge, which means at the end of the activity we will know the winners of our STEAM competition. Until then, all clans will continue to compete with each other facing two weekly coding challenges on the platform.