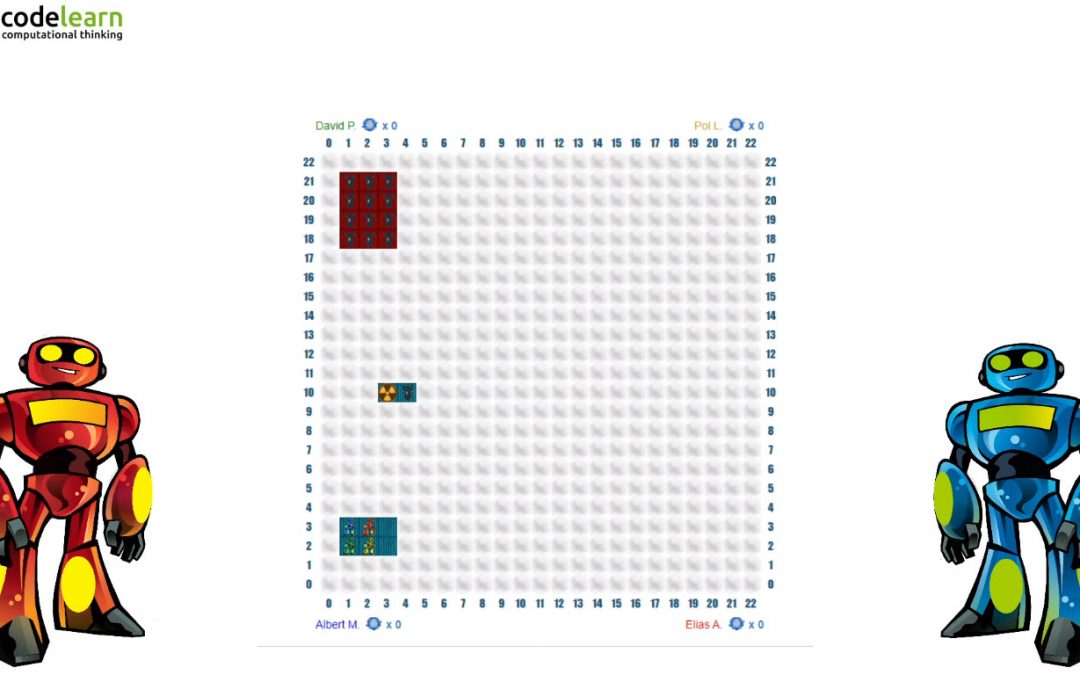 The Karel Challenge Finals were held on Saturday 29 May. This competition combines strategy, speed and correctness when programming, as each participant must guide his virtual robot along different routes where he must overcome obstacles, grab objects and find the exit before his rivals. 39 Junior finalists and 75 Senior finalists reached the final phase on Saturday, where they had to overcome new challenges and difficulties to reach at the exit.

Apart from the new maps that were discovered throughout the day, the main surprise was the fog that covered some of the final maps, so that it was impossible for the participants to see the route, the objects they had to take, the teleports to move around the map and the exit. However, the fog was not the only surprise awaiting for them, as there were also new invisible obstacles which were only activated when passing over them. The obstacles executed unwritten instructions so that the Karel robots got confused.

Getting rid of the fog, figuring out the behavior of the invisible obstacles to reprogram them, grabbing the beepers, placing them in the correct tray and finding the exit was not at all easy for the participants while the Black Karel was wandering the map, which was filled with bombs, or the rivals were trying to activate the Global Reset to start over.

The day was divided into two main parts. Throughout the morning, the participants of the Junior category faced each other over seven rounds and the Final Game took place at noon. Pau Noguer, Pau Torné, Eloi Gallench and Roger Soler were the four finalists and Pau Noguer was the one who finally won the Junior Final and a Nintendo Switch as a prize.

Senior participants were also playing with each other throughout the morning in a first league phase that lasted until 4pm. The Final 16 took place around 5pm, with four simultaneous games of which only the winners would make it to the final game. Finally, Pol Llinas, Elias Amaach, Albert Martí and David Petitbó faced each other in a final match. Elias Amaach won the final game and was crowned as the champion of the Karel Challenge 2021, so he managed to take a PlayStation 5 home.