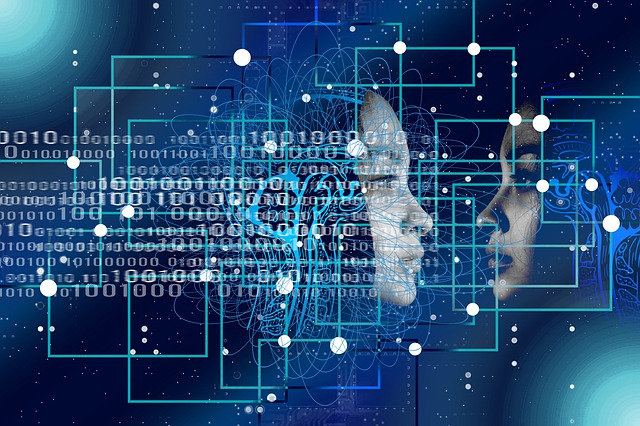 Today is February 11, which means it is International Day of Women and Girls in Science. We are still far from a full and equal access and participation for women and girls in STEM fields and it is a problem that begins long before they enter the professional world and can be noticed when they have to choose studies in high school and college.

The lack of female STEM role models for inspiring young girls continues to exist, although in recent years stories of many women who played a key role in STEM are starting to be more visible. Today we will talk about some of them and how they changed the world.

Programming and mathematics played an important role during the Second World War, especially when it came to implementing new espionage techniques and other tools to improve military strategy. In 1942, after the bombing of Pearl Harbor, the United States army hired a group of six female mathematicians to program the ENIAC, one of the first general-purpose computers.

This group was known as the Top Secret Rosies and was formed by Betty Holberton, Jean Bartik, Kathleen Antonelli, Marlyn Meltzer, Frances Spence and Ruth Teitelbaum. Their contribution made the ENIAC, a project built by the engineers John Presper Eckert and John William Mauchly, much faster and more accurate than any other device that had been tested so far. Thus, once programmed, its ability to calculate the trajectory of the projectiles was a great improvement in the attack of the Allied coalition.

The Top Secret Rosies not only contributed to the end of the war with their work, but also developed some basics of programming, since at that time programming languages as we know them today did not yet exist and the working group had to find out how ENIAC worked through mathematics in order to program it.

Those days, the contributions of this group were not recognized. The success of ENIAC was only accompanied by the names of the two engineers who had built it, but no credit was given to the programmers who had switched it on. Finally, in 2010 their story became a documentary called “Top Secret Rosies: The Female Computers of the WWII”.

Also in the context of WWII, we must talk about Joan Clarke, the only woman who was part of the “Banburismus” project, led by Alan Turing in Bletchley Park while they worked to decipher Enigma, the machine used by the German army during the war to encrypt their messages.

When Clarke was studying mathematics at Cambridge, the mathematician Gordon Welchman saw her potential and asked her to join him at Bletchley Park and start working for the UK intelligence services. The British cryptanalyst worked in the section known as Hut 8, focused on the messages issued from German submarines, and became the deputy director of this section.

However, she was not the only woman who worked at Bletchley Park. In fact, 75% of the staff were women, although most were not part of high level positions, such as the job of cryptanalyst. There was a lot of variety in the training of the people hired: linguistics (Mavis Batey), mathematics (Ann Mitchell), engineering… but there were also staff without higher education.

It was not until the 1970s that the role of that mansion surrounded by wooden huts and the work that had been carried out there began to be discussed, and it was not until 2009 that the British government began to award honors to the people who worked there. From that moment on, some media such as the BBC managed to interview some of the women who worked at Bletchley Park, many of whom had not even explained this part of their past to their relatives.

Born in Hungary in 1905, Rózsa Péter was a great mathematician best known for her contributions to the study of recursive functions, a field she began to explore in 1930 when a fellow student, the mathematician László Kalmár, suggested her to examine the incomplete work of Kurt Gödel.

Two years later, she presented his work on recursive functions at the International Congress of Mathematicians, which would open a new field of research within mathematics. During the following years she published several articles on the same subject, obtained her doctorate in 1935 and was part of the editorial board of several international mathematical journals.

Péter has always been attracted to the popularization and teaching of mathematics. “Playing with Infinity” is a book for the general public which she wrote during the war, during a period of confinement in Budapest. Published in 1943, many of its copies disappeared due to bombing, but it continued to be distributed after the war and was translated into different languages. At that time, she gave private lessons and was a teacher in schools and high schools. Also, throughout her life she also wrote textbooks to try to improve the teaching of mathematics in Hungary.

Once the war was over, she became a college professor, a position she held until her retirement, and published several books, including the first book on recursive functions (Recursive Functions, 1951) or her publication on the application of recursive functions within the field of computer science and their relationship with programming languages (Recursive Functions in Computer Theory, 1976). Throughout her career she received several awards and in 1973 she became the first woman elected as a member of the Hungarian Academy of Sciences.

We enter the world of computer science and it is time to talk about the nun Mary Kenneth Keller, who was the first woman to obtain a doctorate in computer science in the United States. With a bachelor’s degree in mathematics and a master’s degree in mathematics and physics, she applied to Dartmouth College, where no woman had ever been accepted before. Keller was the first to achieve it in 1958 and became part of the Computer Science Laboratory, where she became one of the developers of BASIC, a general-purpose programming designed for beginners and created for educational purposes.

In 1965, when she was 51 years old, Keller received her Ph.D. and soon after started to work at Clark University in Iowa, where she founded the Computer Science Department, which she headed for 20 years. Throughout all this time, she also published several books and was one of the founders of the ASCUE association, created to promote the use of computers in the educational field. Keller defended that computing should be present in classrooms to guarantee universal access to information, an idea that at that time was not widespread at all.

After her death in 1985, Clark University created a center that bears her name and offers a support service for students and professors who need help with computers and telecommunications.

Finally, we wanted to talk about the American physicist Shirley Ann Jackson, who was the first African-American woman to have earned a doctorate at the prestigious Massachusetts Institute of Technology (MIT). She began to stand out in math and science when she was in high school, where she got the best grades, and after finishing that stage she was accepted at MIT. African-American students and women were a minority at this famous university; African-American women enrolled could literally be counted on the fingers of one hand.

After graduating in Physics, she stayed with MIT for her doctoral work on nuclear physics and obtained her Ph.D. degree in 1973. She worked for a short time for CERN in Geneva, and was later hired at Bell Labs, where for many years she devoted herself to research and published studies that over time would lead to inventions such as the keypad telephone, the fax or optical fiber.

Throughout her life she has worked for other universities as a professor, has been president of important associations related to science and research, has been part of academies, committees and boards of directors of large companies, and in 2015 President Obama awarded gave her the National Medal of Science, which is the highest recognition in the United States for contributing to advances in the fields of science or engineering.