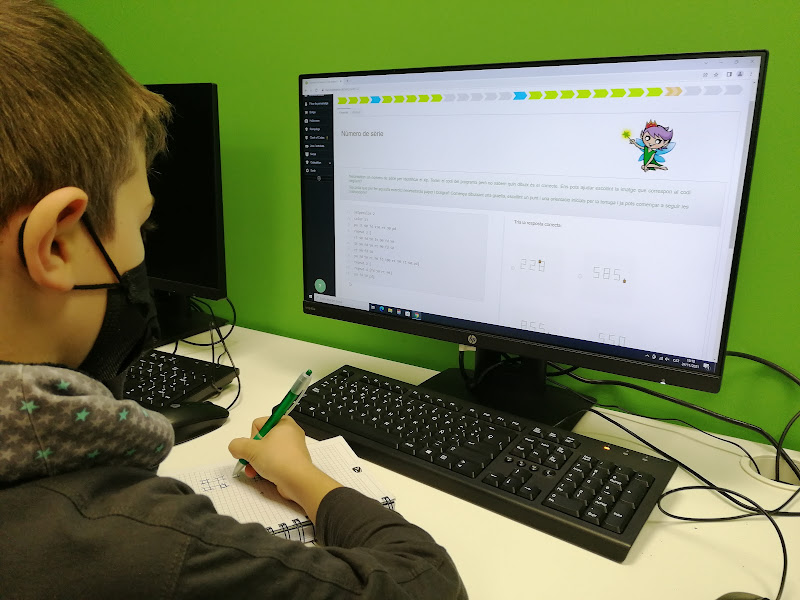 The Codeathlon ended last Friday and we already know the final ranking of our programming and robotics league for students up to 18 years old.

ICKKDBB has managed to revalidate the title and has won the Golden League again, this time with 36 points and 88 goals. Infinity Sabadell also repeats as runner-up with 33 points and 79 goals, while third place is for Avecrem, with 27 points and 57 goals. This last place on the podium was decided in the last round, since it was occupied by Codemaños until last week, but this clan lost to Miaus (3-1) and Avecrem got one last win against Codegirls (6-0).

The members of the winning clan have won 30,000 points on the platform, those of the second ranked get 20,000 points and those of the third one have earned 15,000 points. This week, they will be able to start shopping at the Points Store and choose from prizes such as 3D printers, Xbox consoles, Oculus Quest 2, Logitech steering wheels, gift cards, among others.

Regarding the Silver League, Los pollos de Sant Cugat has been ranked first with 36 points and 74 goals, so all its members have earned 10,000 points on the platform. Second place went to Bodum, with 29 points and 29 goals, thanks to which its members will have 8,000 extra points. Finally, Les persones finished in third place with 24 points and 27 goals, so its members will get 6,000 points. On the other hand, these three teams and the other seven clans that complete the Top10 of the Silver League also get a promotion and will compete in the Golden League for the next edition of the Codeathlon, which will begin on Saturday, April 2nd.

There are three more clans that have been promoted directly to Golden League, which are the top three in the Bronze League. This time, the winners of this category were CODEPROS, who led the classification throughout the competition and finished with 34 points and 44 goals, followed by ELS COMPIS, with 24 points and 38 goals, and Warriors, who scored 23 points and 32 goals.