CodeWeek: First live event of the Codeathlon League in Barcelona 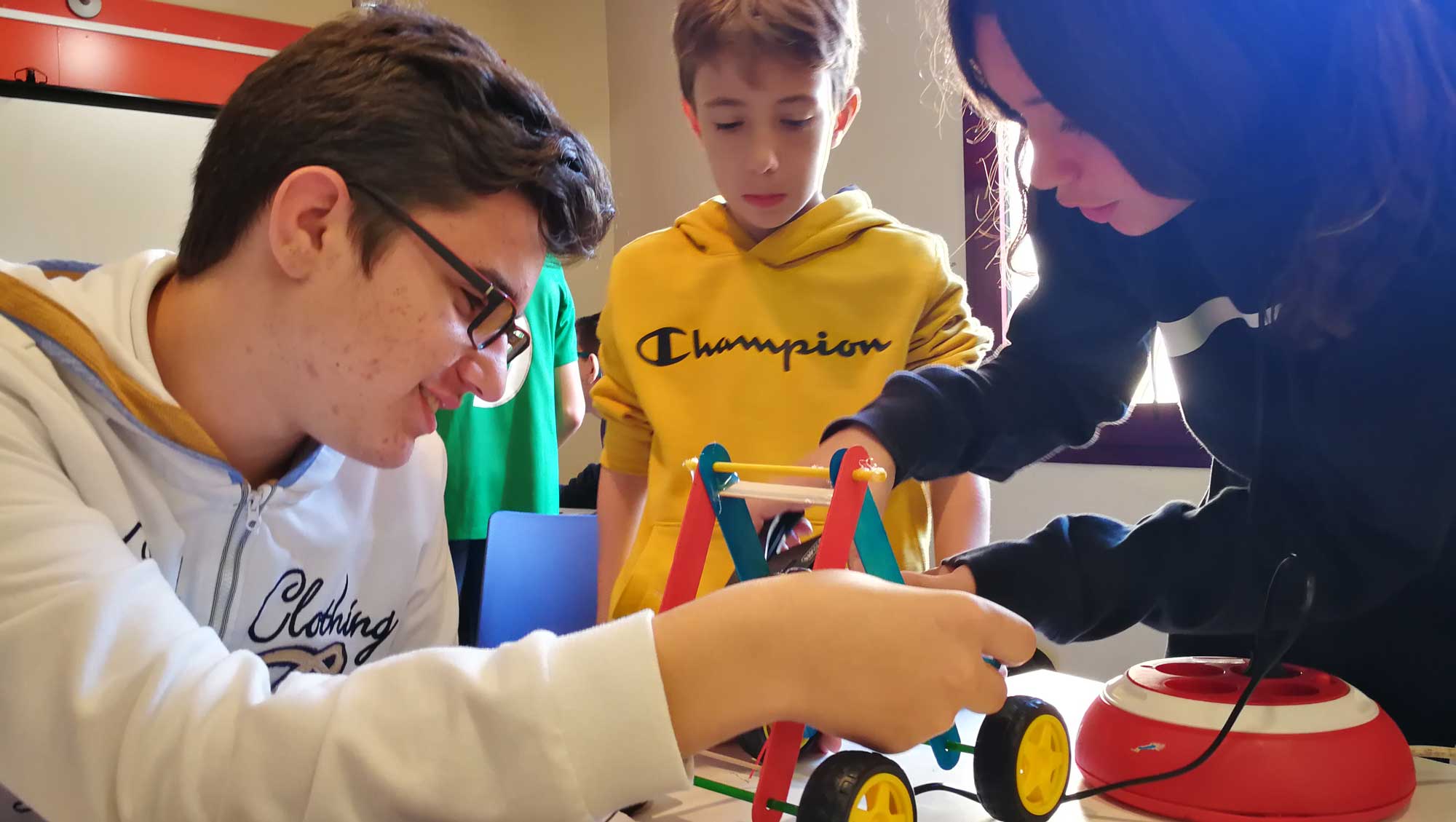 CodeWeek: First live event of the Codeathlon League in Barcelona

Last Saturday (October 19) we have participated in EU CodeWeek 2019 and we have organized the first live competition event of the second edition of the Codeathlon, our programming and robotics league for students up to age 18. A total of 45 participants from different clans attended this competition in Barcelona to keep climbing in the ranking of the Codeathlon 2.

Throughout the morning all the participants had to face different challenges such as building a worm robot or building a cart to carry small objects, a free test to stimulate their creativity where every student and every team had to demonstrate all their wit.

The main goal of Codeathlon’s live events is always to create a meeting point for all the students from different Codelearn centres. On this occasion, the 45 students who attended this event in Barcelona could have fun cooperating and working in team while they learnt how to build a simple machine, what is an electrical circuit or the laws of electricity, and they enjoyed learning about mechanics.

Once they had built the AutoWorm and the cart, it was time to test them: each team had to make its robot to move like a worm through a set distance and their carts had to be able to carry at leats three objects through a certain path. But our students could also check the effectiveness and speed of the worm robot and its cart competing in a 15 seconds race.

The activity lasted for two hours and everybody learnt something new, but the most important thing is that we worked on these projects together and having fun, which makes us start thinking about the second live competition event of the Codeathlon 2, that will take place at the end of November.